Removing the Skin from the Urine

I figured I would see what I had after two days so I emptied the bucket onto the grass. 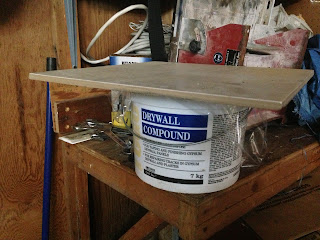 It smelled pretty rank and the liquid seemed more opaque compared to when it went in and there was a film on top. I'm guessing the film is at least partially composed of the fats that had come off the skin. As I understand it, the ammonia in the urine breaks down the fats in the skin making glycerol and free fatty acids. Some of the fatty acids are able to penetrate the skin which tans the skin. 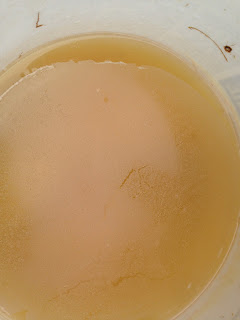 As you can see, there was a lot less flesh on the skin but I'm pretty sure there shouldn't be any which means that I should have removed more before soaking. That probably would have helped with the smell too. The skins still definitely smelled like fish and there were a lot of flies keeping me company while I inspected them. 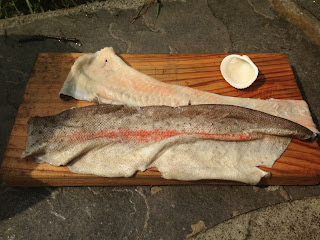 I used a seashell as a scraper to remove the flesh. This is apparently what the Inuit used and I can see why. It's really effective. Next time, I'll scrape before, not after. Whoops...


Here's a shot after the scraping. Probably what it should have looked like before the soaking. 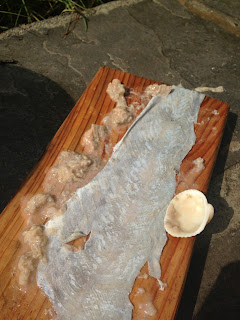 After washing, they felt really soft but were still kind of fishy smelling. 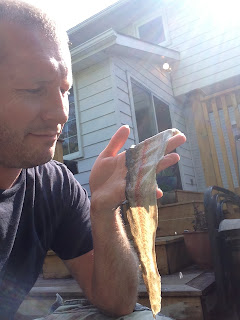 Next it was time to tack them to a board and let them dry in the afternoon sun. 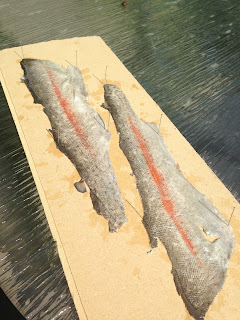 After drying, which only took a few hours, I realized something. The skins are transparent. Crap... it was already going to be a tough sell to get my wife in a urine-soaked fish skin bikini. Add see-through to that list and I think I'm approaching the impossible. 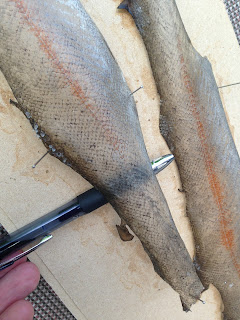 The skins at this point were pretty hard too as you can see in the next video.


I also hit another snag. An animal walked off with one of the skins. Crap again.